Luray Zoo is a Rescue Zoo, dedicated to providing animals with a loving and caring home. The zoo is privately owned and operated by Mark and Christine Kilby. Luray Zoo receives no government funding. All admission, gift shop sales, donations, etc… goes directly to help support and care for all the animals that call Luray Zoo home. The Zoo receives animals that are retired zoo animal ambassadors, retired zoo animals from conservation programs, unwanted pets, confiscations, and sadly occasionally abused animals.
We are a small zoo located on about 3 acres. We have plenty of shade and places to sit while on your visit to the zoo. Little ones and adults love how close you get to be to the animals here at the zoo.  The Zoo Owners Mark and Christine Kilby as well as the zoo staff is always out and about and love to talk to you and answer questions. We are passionate about animals and love sharing our knowledge with those who visit. Don't forget to check out all the events, keeper talks & demonstrations going on at the zoo thru out the year!
You will start by entering into the zoo gift shop. Admission Counter is located on the left after walking into the front door. Inside we have over 80 exhibits of reptiles.We have one of the largest venomous snake collections on the East Coast! Outside you will find over 20 exhibits of an array of animals including:  primates, feline, birds, and mammals! The zoo also has a petting zoo area where you can pet and feed the animals! Feed is for sale at the zoo for the petting zoo animals.
Hours Of Operation & Admssion 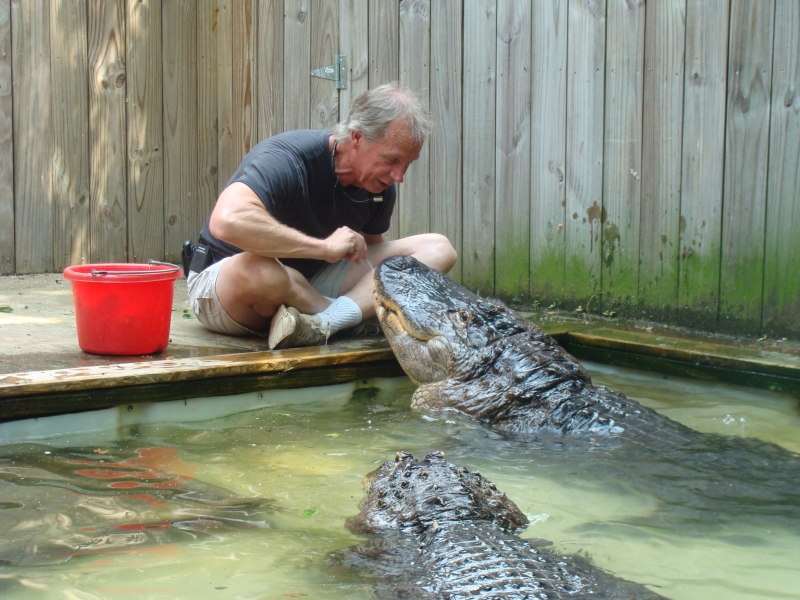 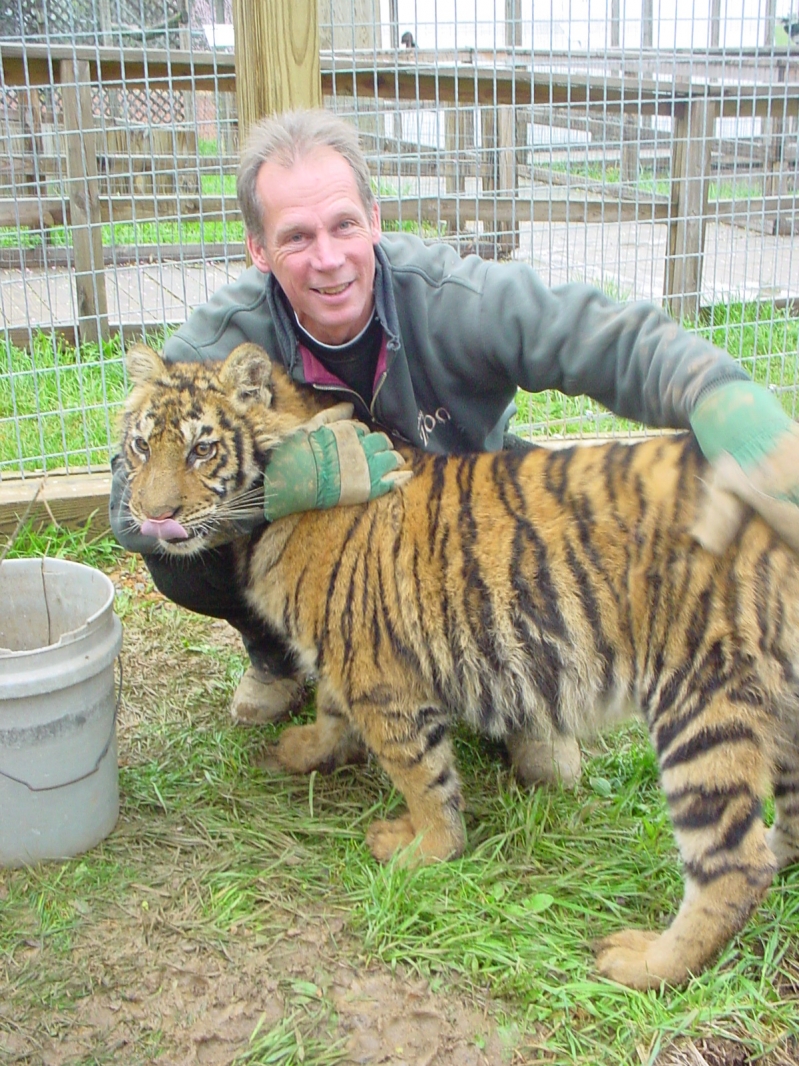 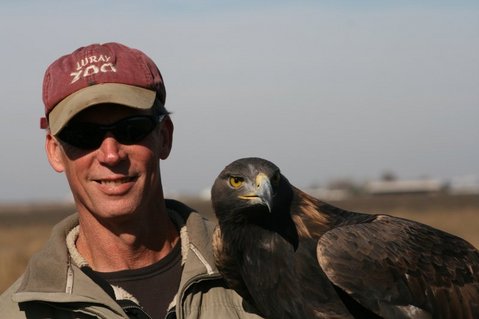 Mark took over the zoo in 1996 from the previous owners who were ready to retire; they were good friends with Marks mother, Mary Jean Kilby. Mark has learned almost all of his animal husbandry skills, training of animals, the proper handling of animals, from his Mother Mary Jean Kilby. Mark is also a Master Falconer; he has been a licensed falconer and has practiced falconry since 1968 when he was just 13 years old. Marks Father, Robert James Kilby owned his own general contracting business. Mark worked for his father for many years, where he acquired the skills of carpentry, plumbing, and electricity. When Mark took over the facility in 1996 it was in need of a lot of repair, and he quickly put those skills to work.

Since 1962 Mark has worked with exotic and domestic animals. His Mother has kept many animals as pets, everything from dogs, snakes, parrots, bears, and anything and everything that needed a home. His Mother did for a short time own her own Pet Store in the Mid 70’s. Mary Jean Kilby actually donated the first Nile crocodile in 1971 to the National Zoo for an endangered species breeding program.  Some National Zoo keepers would come to the Kilby home to see Mary’s vast snake collection; Mary could breed some of the most endangered species of snakes.

Marks mother would show him how to properly handle certain animals, teach him there proper dietary needs, she always promoted responsible pet keeping. Mark learned over the years watching his mother, as well as helping with the daily chores. Mark eventually gravitated towards the reptiles, and birds of prey. Every time he watched his mom work with any of the reptiles, whether it was a snake, alligator, or turtle she was always happy. She was singing, and dancing a bit while doing the daily cleaning and care of the animals. It was very different when Mark watched his mother work with any of the mammals and parrots, be it a dog, monkey, bear. She would be constantly yelling at the dogs for barking, and pooping on the floor. Watching the parrots so rudely dump their seed on the floor and water bowl just for the fun of it. The monkeys grabbing the food off the table and running with it, only to have it drop on the floor for the dogs to make an even bigger mess of. The worst memory of all was coming home ready for his afternoon snack to find a Sun Bear sitting on the kitchen counter eating his Twinkies and snacks. He was very happy that the bear was a temporary family member as it had no consideration of other people’s food.

Mark and his wife Christine spend every day dedicating their life to the care of their animals, as well as helping the public better understand the animal word, and promoting responsible pet keeping. 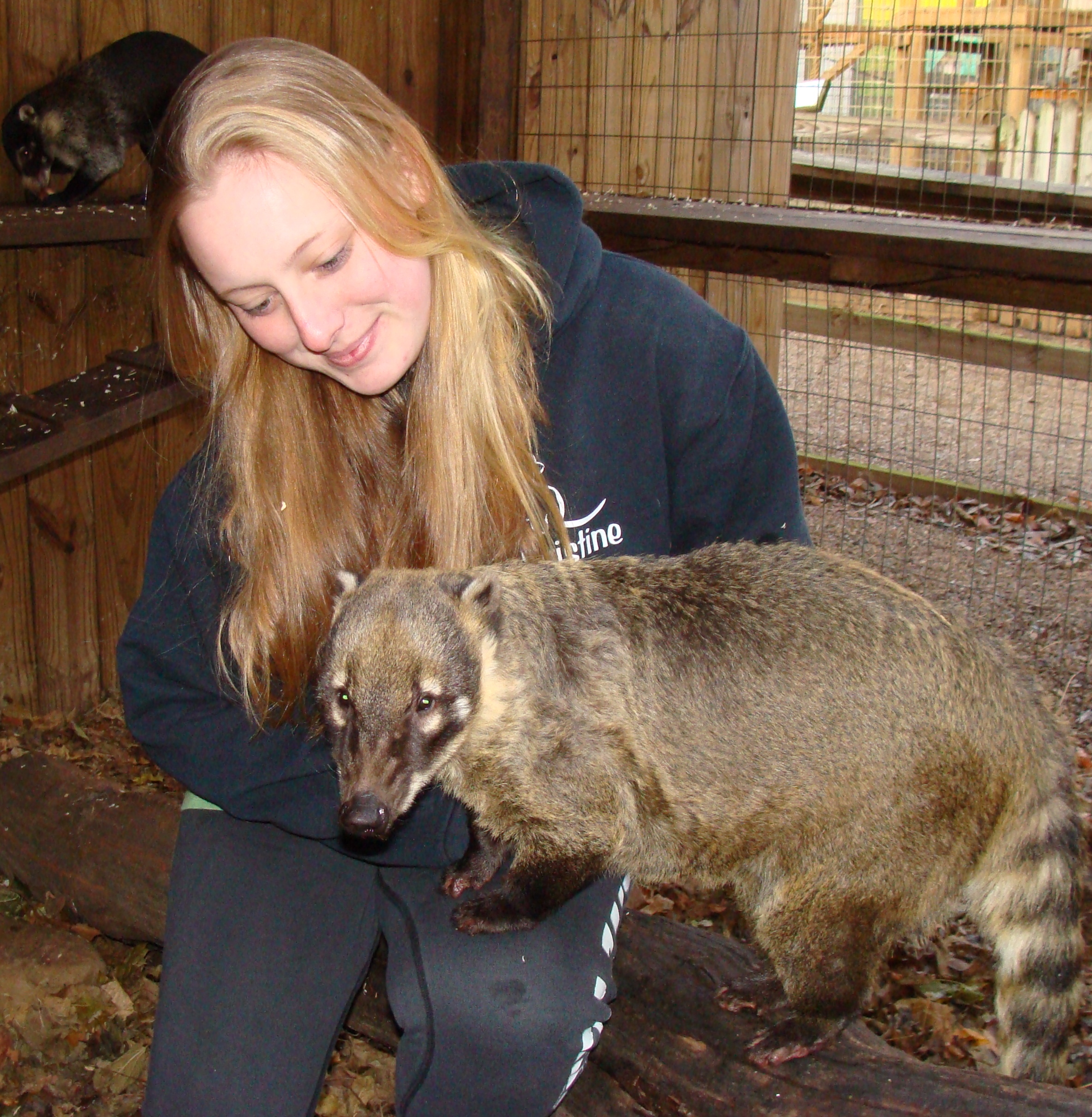 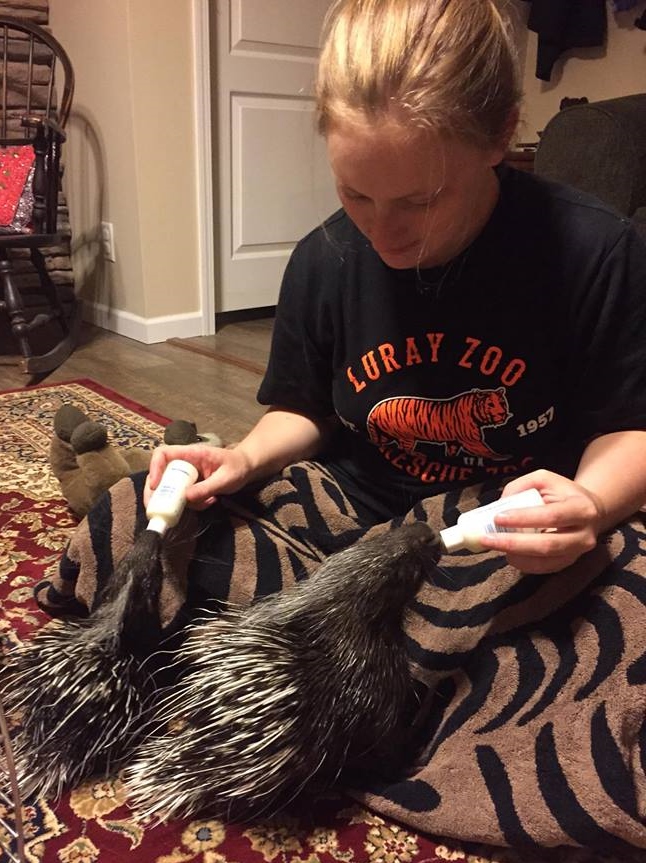 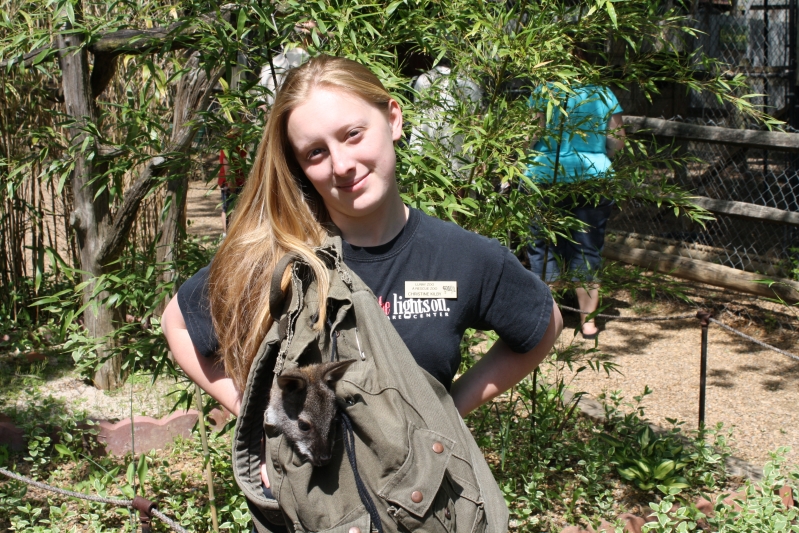 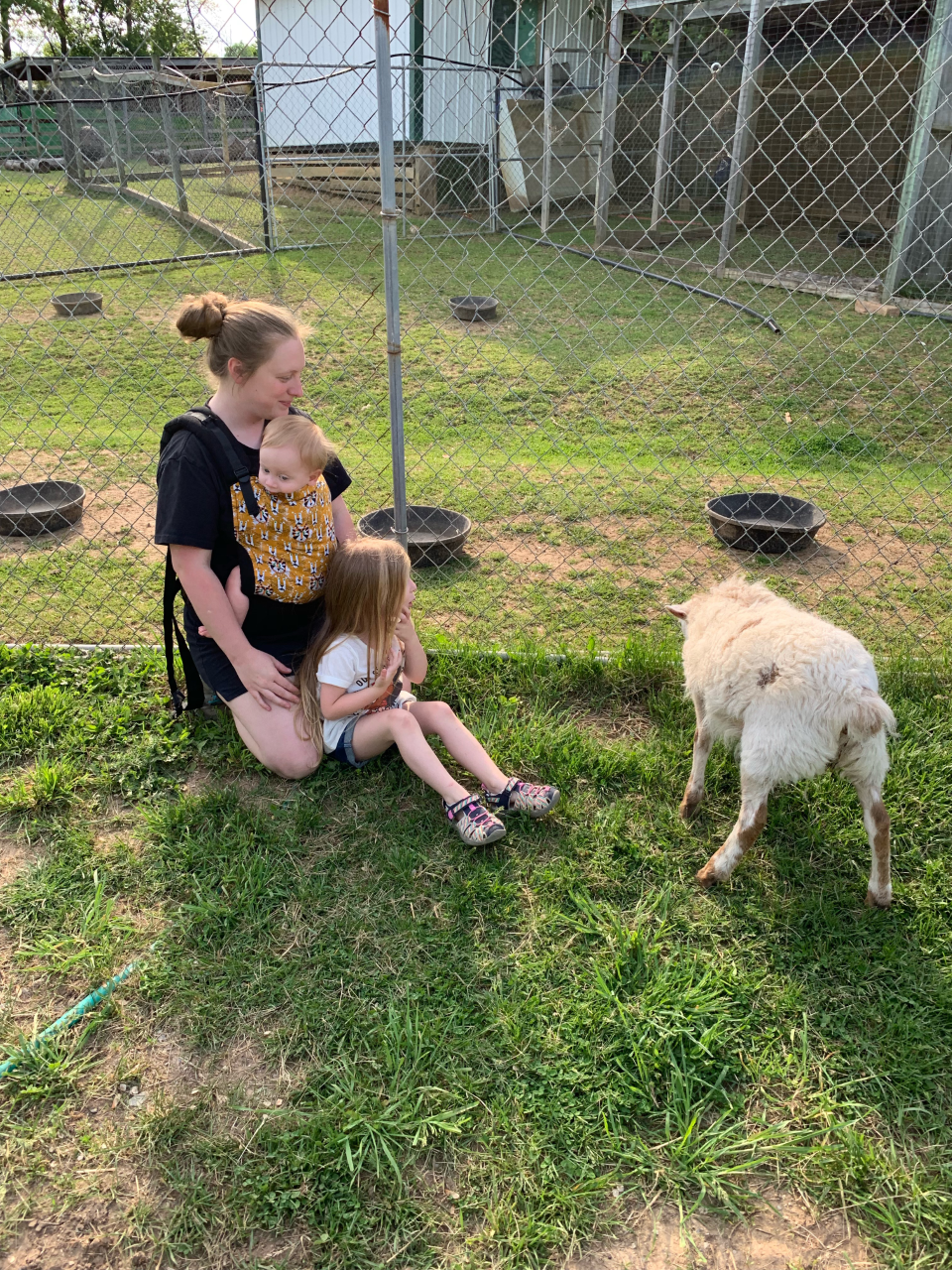 Christine is a mother of three beautiful girls and fourth child on the way.Christine has had a love and passion for animals since she was a child. As a child she would visit many zoos, and enjoyed watching and studying the animals. She would enjoy the many educational talks at the different zoos, and learning how they were trying to help certain species of animals that were fighting the threat of extinction. Christine decided she wanted to help animals, and to teach people how important these amazing creatures that she herself loved so much. Christine has attended college and has obtained the knowledge and experience in the fields of: Biology, Zoology, Herpetology, Primatology, Ethology, Anthropology, Sociology, and Psychology.... Today Christine and her husband Mark own and run the Luray Zoo. She as well as Mark maintain, feed, and care for all the animals that call Luray Zoo home. Christine is always out and about in the zoo, along with her two young daughters Nala and Amira!  Christine hopes everyone enjoys all the animals and is as excited to see them as she is every single day, to learn about them, and how to save them so future generations can enjoy their great splendor.

"The world in itself is fragile, as well as the inhabitants that live on it, but I believe through conservation and education we can still make this world a great place for humans and animals to coexist together, and to save many species of animals from vanishing forever." Christine Kilby.